Michael was born in the late evening of 29 August 1958 in Gary, Indiana. His parents are Joe (he was working in a steelworks but in the same time he was singing in a R&B band) and Katherine(she was working in a supermarket; Michael has inherited his voice from her; she could never sing in front of a cround because she had poliomyelitis when she was a child and she remained for the rest of her life with a litlle walking defect). Michael is the seventh from nine children :Rebbie, Jackie, Tito, Jermaine, La Toya, Marlon, Randy, Janet.

Michael had lived for eleven years in a little house in Gary. After that the Jackson family moved to Encino, California in a big house (it had been a motel) named Hayvenhurst. When Michael was 30 he bought his own house in California, best known today as Neverland. Michael also owned 2 other houses in Northern California and Las Vegas.

Michael has two children from his second marriage: Prince (born in feb.1997) and Paris(born in april 1998) and a third one Blanket that he probably adopted in 2002.

Michael started singing with his brothers when he was only 5 years old. They had a band named 'The Jacksons'. For being signed by a record company they participated to a lot of contests and they worked a lot for wining the first place all the time. At the begining they sang in their own town, after a while they went further and further. Because this trips started being expensive Joe, their father, hired the boys to sing even in striptease-clubs for some extra-money (Michael was only 9). This was a period that Michael hated because he saw a lot of vulgar stuff that he should never seen at that age. But it was also a time when he learnt a lot: he promised himself that he will focus on others aspects of life and he will always respect women. This hard work brought them a recording contract with Motown. The name they took was Jackson Five. After 1975 they took back their old name, The Jacksons and go to Epic Records.They had a lot of succesful songs at Motown like: 'abc', 'I want you back', 'Ben' and others. But they had very good albums at Epic, too like: 'Destiny', 'Triumph', 'Victory'. When they moved to Epic Michael got his solo contract too and recorded during the '80s three very succesful albums: Off the wall, Trhriller and Bad.

At the beging of the '90 he signed another contract with Sony (the best paid contract of all times-almost 1 billion $). In the same period it was also created a collaboration between Sony and Michael that holds one of the most important catalog with music rights from various artists.

The album 'Michael' was realeased after Michael's death and the Michael Jackson Estate also proposed a compilation called 'Immortal' with all the songs used during the Cirque de Soleil shows.

Michael had acting parts in some movies: 'The Wizard of Oz' (with Diana Ross), 'Captain Eo' (Disney creation). His '88 movie 'Moonwalker' is a true masterpiece. We can admire great dance scenes (the choreography is stuning), wonderful technical effects and of course the sweet person behind the music.

Michael also wrote books: the most important are 'Moonwalk' (autobiography) and 'Dancing the dream' (poems and reflections).The books are well written, show the honesty and turbulations of the author and reveal many information about Michael, his life and way of thinking. This recomands them as a very pleasant reading (even for those who aren't his fans).These books open a door to the soul of the man behind the star.

Michael was great on the stage, his shows are remembered forever. He toured 8 times the globe both with his brothers and alone. He sang in front of impresive stadiums. The 'Bad ' tour was the best tour ever (Michael made 125 mil.), but 'Dangerous' tour and 'History' tour were rocking also... You can only appreciate Michael's performances, it's breath taking! 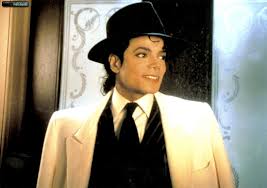 Michael loved swimming, dancing (we all know that), all kinds of toys, computer games. He also liked books and he had an impresive library in his Neverland house. Music was his greatest love. But his children were the ones that complete his life and gave every day a real meaning .

Michael knew what love is and apreciated it. Michael said he met a lot of great women in his life (famous and normal people, too) like: Tatum O'Neal (his first love), Diana Ross (the great love of his life), Broke Shields, Stefanie de Monaco, Lisa Marie Presley, Debbie Rowe. Michael understood the ideea of marriage and family even if he wasn't quite that lucky himself. He was educated to treat women with respect, care and tenderness.

Michael's friends were stars and normal people as well, some of his "buddies" were: Fred Astaire, Gene Kelly, Katherine Hepburn, Henry Fonda, Marlo Brando, Elisabeth Taylor, Liza Minelli, McCauley Calkin, many children that he helped during the years and some of his own employees.

His favourite color was red. He loved mexican food, sushi, cornflakes with grapes, all kinds of fruits, nuts.He was a vegetarian from the '80 but in the last years he liked to eat chicken and fish. He's favourite car was Rolls Roice .He didn't like to dress after a certain fashion-the clothes he had in public were very different from the ones he wore in the house. In his private life he prefered confortable clothes (sweaters, bluejeans, pyjamas, t-shirts). He loved any kind of music as long as it is good. He loved clasical music (Debussi,Tschaikowsky -especially 'Nutcracker'). He liked a lot of types of movies: horror, sf (he was crazy for 'Star War', E.T), action ('Jaws'). He loved the Disney creations. He had some colaborations with Disney Company-he inaugurated Euro Disney. He loved books.

He dedicated his life helping children with problems. That's why the first public accusation of molesting a child in 1993 was like a thunderbolt in his life. The case was settled outside of court, Michael sustained his innocence the whole time. In 2003 another child accused Michael. This time Michael did the right thing and asked for a fair trial (Read trial transcripts). He wanted to prove he is innocent and finish with this painful accusations. And that's what he did: on June 13 2005 the verdict was clear-14 NOT GUILTY!

Michael left this world in the tragic day of june 25 2009, but he will always, always be in our hearts...Love you Michael!

Michael Jackson is one of the best singers in the recording studio as well as on the stage. He is a wonderful composer and an amazing dancer. But what makes Michael really special is the human behind the megastar that suported this wonderful carrier and his humanitarian activities!